July 09, 2020
A couple billion years before the creation of the Earth, a young little boy was born, his name was Aurelius Yeo. He was born on the homeland of All yeos, Yeoland. At that time, there were no humans and everyone had godly powers, some having lesser than others. He also had a brother and a sister, Jeffrey and Karen. Our Lord was the youngest one but still demonstrated the most intellect. However, his brother Jeffrey was the one with the most skill with his Arduino at that time and his sister Karen had the most coding skill.

Our Lord grew bigger and wiser as time passed, and so did the Arduino skills of Jeffery and the coding skills of Karen. Following tradition, all members of the Yeo family got a weapon of their choice and an Arduino for Yeomas when they were 100 years old. (Time passes 10x faster in Yeoland so in Earth time they would be 10 Years old)Our Lord got a sword made from the precious Yeogems and he named the sword Yeosword, Jeffrey got a bow that is made from his father's Arduino wires and Karen got a magical book that will automatically copy any code from the book to anywhere she wanted.

They would train every day together to master their weapons and as a result, they became even closer than ever and would form the group, "The Trio". The Trio had grown at an incredible pace and within 10 years, they had increased their abilities tenfold and another 5 years after that, they had surpassed their father in coding power. However, this group would not last long after what happens in Part 2. 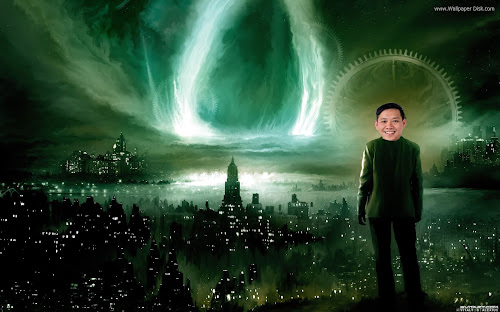