The Life Story of Our Lord Season 2 Part 8 - Tournament

July 22, 2020
To choose the winner of the plot of space in the new Milky Way universe, the Father of Aurelius hosted a competition, where participants have to battle until there is only one winner. When Aurelius and Jeffrey arrived, they saw a couple familiar faces including the Manager but they did not want to attack him yet. However, Karen was absent as she was tending for her kid.

"The competition begins!" bellowed the Father of Aurelius. Our Lord and Jeffrey eased their way to the finals as they had godly abilities. Back in the day, Our Lord did not use an Arduin-yeo to fight. Instead, he used a sword made out of Yeogems, the rarest of materials in Yeoland. It was very effective in dealing with melee fighters but for someone like Jeffrey, it would not work. Hence, Our Lord devised a sneaky plan to deal with Jeffrey's Arduin-yeo. When the fight started, Our Lord grabbed the nearest hose and sprayed water on Jeffrey's Arduin-yeo, leaving him defenceless. Finally, in order to win and with a heavy heart, Our Lord beheaded him, winning the contest. His Lordship had just won a giant plot of space.

However, Our Lord was oblivious to the fact that the ruler of the universe had revived Jeffrey and wanted him to get revenge.

That is it for the Second Season, and we once again thank you for all the support on this series. We'll see you in Season 3 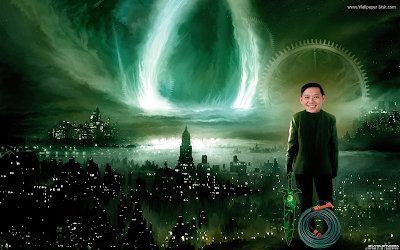